Cynopsis is recognizing the Top Women in Media – trailblazers who are pushing the industry forward, while empowering and inspiring others.

This year, VAB's EVP  Danielle DeLauro, is being honored as an innovator, risk taker and successful industry strategist. 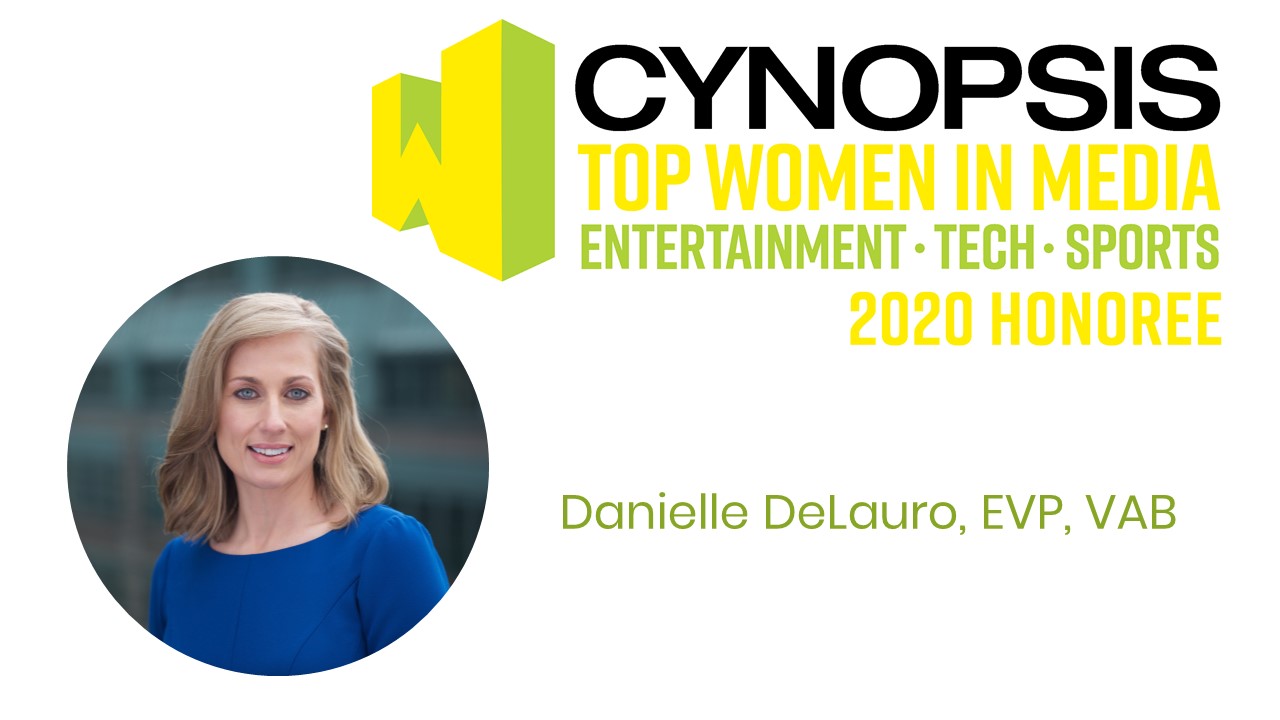 Danielle is leading the charge on not just transforming VAB, but also advocating insights-driven strategy shifts among the organization’s professional members, including the world’s leading broadcasters and media companies. She rebranded our 30-year-old organization and has also taken a leadership role in educating the industry through regular speaker engagements and thought-provoking contributions to the industry’s top publications.

"It has been my terrific privilege to have worked with Danielle on both the agency and media sides of the advertising/marketing industry over an 18-year span. I can assure you that VAB’s ever-ascending role in our industry’s biggest conversations is proof-positive of Danielle’s vision for what the VAB brand can mean to the most vital marketing brands in the U.S." Sean Cunningham, President & CEO, VAB

We'd also like to congratulate women from our member companies and agency partners who are also being honored.

We will keep you informed.