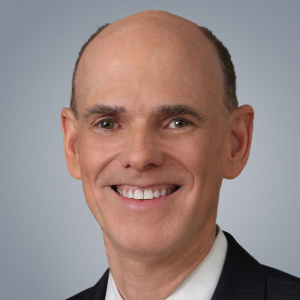 As president and chief executive officer of Crown Media Family Networks, William J. Abbott oversees the company’s growing portfolio of family-friendly entertainment brands including linear networks Hallmark Channel, Hallmark Movies & Mysteries, and Hallmark Drama, in addition to subscription video on demand service Hallmark Movies Now and e-book publishing division Hallmark Publishing. Abbott is an industry veteran with more than 20 years of leadership experience in cable, most of which he has spent at Crown Media, which is owned by Hallmark Cards, Inc.

Since joining the company in 2000, Abbott’s vision and passion for the brand has established flagship network Hallmark Channel as the leading destination for quality, family-friendly entertainment on cable. Building on its signature slate of original movies, Abbott is responsible for significantly expanding and diversifying the network’s lineup of original content to include primetime scripted series, daytime Emmy®-nominated lifestyle program Home & Family, and such annual specials as Kitten Bowl, Hero Dog Awards, and American Rescue Dog Show. Abbott also piloted the development of Hallmark Channel’s highly-popular holiday programming initiative Countdown to Christmas, which year after year elevates the network to be among the most-watched and highest-rated on cable throughout fourth quarter. Taking a page out of the Countdown to Christmas playbook, Abbott realigned the network’s programming strategy in 2015 to include seasonal stunts throughout the year including Countdown to Valentine’s Day, Spring Fever, June Weddings, Summer Nights, and Fall Harvest.

Over the course of his 19-year tenure with Crown Media, Abbott rose to the rank of President & CEO from the company’s advertising sales division. Most recently, he served executive vice president of ad sales, overseeing offices in New York, Los Angeles, Chicago, and Atlanta and leading the company’s national advertising sales operations and digital network development. While at the helm of ad sales, Hallmark Channel’s annual revenue grew from $10.2 million to $223 million setting the network apart as an industry leader.

Inducted into Broadcasting & Cable’s Hall of Fame in 2017, Abbott lives in New York with his family but travels often to the company’s Los Angeles office as well as the Kansas City corporate headquarters of Hallmark Cards. He is a graduate of the College of the Holy Cross in Worcester, Mass.