This is the fourth report in VAB custom series, #TVisSocial,

which quantifies the significant engagement viewers have with TV programming as expressed through social media. This report analyzes ad-supported TV’s role within social conversations on Twitter during the first four weeks of the new fall broadcast season.

With the vast majority of TV viewing being watched live, the scale and engagement of ad-supported TV creates and captures ‘real-time’ moments in a way that no other platform can.  These moments are further amplified by passionate viewers through social media communities.

On Any Night, Over Two-Thirds Of Top 10 Trending Topics Were Based On Ad-Supported TV 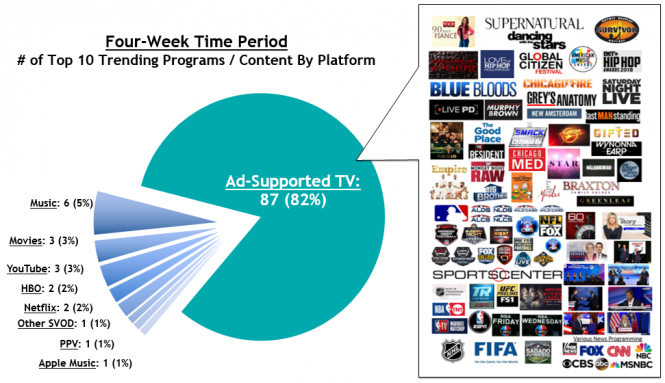 Click below to check out the infographic that accompanies the report!