Across the Industry
VAB + Beet.TV Explore the Transformation of TV Advertising

In case you missed it, VAB + Beet.TV brought you TV RESET: A Senior Leadership Forum in 2020. For the very first time, we delivered candid, one-on-one conversations between top agency leads and ad sales executives. Here, we rewind three conversations in the all-star line-up that discuss the industry’s most important topics and how they are partnering together to meet marketers needs.

Sean Cunningham, VAB President & CEO talks about why these conversations are critical in staying ahead of what’s next.

Peacock Will Bring Innovation to Free, Ad-Supported Streaming
Episode Summary
NBCUniversal is getting into the streaming game with next month’s rollout of Peacock, setting the stage for more innovation and value-added services for advertisers. Peacock’s service includes free, ad-supported streaming that has the potential to support more interactivity between brands and consumers.

Laura Molen, president of advertising sales and partnerships at NBCUniversal, discusses the future of advertising in this episode of the Beet TV/VAB “TV Reset” forum.

Speaking to Bill Koenigsberg, the president, CEO and founder of media services agency Horizon Media Inc., Molen said Peacock has strong potential to convert viewers into shoppers with the development of supporting technologies.

“Free, ad-supported streaming…is the future, not just of viewership, but how advertising can work,” she said. “We can work together with marketers to create a commercial experience in a whole new way.”

'It's Up to Us to Close the Deal' on Promoting Equality

The media and marketing industries can play a key role in promoting racial diversity, a topic that has become more pronounced in recent weeks. The killing of George Floyd while in police custody in Minneapolis ignited mass protests against racism and police brutality, and spurred advertisers to be more vocal about social justice.
As the nation’s premiere provider of TV programming for African American audiences, BET Networks sees a responsibility to inform, educate and console anyone who is troubled by recent events — and to use its platform to promote racial equality.
“It’s up to us to close the deal,” Louis Carr, president of media sales at BET Networks, a unit of ViacomCBS, said in an interview for the Beet TV/VAB “TV Reset” forum. “We knew we had a tremendous obligation to our consumers, to our business partners and even more personally, to our families. This was our time to live up to our brand promise.”
Speaking to Bill Koenigsberg, the president, CEO and founder of media services agency Horizon Media Inc., Carr highlighted several ways the BET Networks is promoting discussions about racism, inequality and economic empowerment.
Those efforts include a $25 million collaboration with corporate partners on its “Content for Change Initiative” that started on Juneteenth, the June 19 occasion has grown from a grassroots effort to celebrate the emancipation of people who had been enslaved in the United States.
Describing “Content for Change” as a pillar of its programming, Carr said the effort features content that aims to educate, inspire and motivate people to tackle racism.
Kimberly Paige, chief marketing officer of BET Networks, inspired the development of a series called “Love Letter” that recognizes the hardships faced by African Americans who have suffered disproportionately during the coronavirus pandemic. “Love Letter” pays tribute to what has been lost amid recurring crises.
“During this time of civil unrest and so much pain and hurt that our community was going through, we needed to let them know that they are loved, and that the No. 1 brand that is serving them, loves them very intimately,” he said. “We understand what they’re going through, and we’re going through it right with them.”
Amid the current difficulties, Carr sees a generational opportunity to address racism and create a pathway for more African Americans to find better representation at all levels of major companies. The mainstream affinity for Black culture can be translated into meaningful change, Carr said.
“All of you who love Black culture, get off the sidelines and join us in this fight for equality,” he said. “Most brands have benefited in some form or fashion from Black culture.”

Technology is reshaping the way that marketers reach target audiences, and AMC Networks is at the forefront of testing methods to help advertisers boost the efficiency of their media buys. The network also has partnered with a variety of media-buying platforms to expand their inventories.

AMC was among the networks that this year joined Xandr Invest, the platform from AT&T’s Xandr ad-tech unit that gives advertisers a way to reach 76% of U.S. households. The company didn’t stop there, and last month announced its participation in the OpenAP consortium, which is a rival to Xandr. AMC also is integrated with Dentsu’s M1 platform for media buying, Kelleher said.

AMC’s “viewer-first” mentality comes as many U.S. households are canceling pay-TV subscriptions while hooking up their TVs directly to the internet. The resulting shift in media consumption has challenged traditional cable and satellite TV networks to develop programming for streaming platforms, while also serving the millions of viewers who haven’t cut the cord.

AMC Networks is adapting to these changes in viewing behaviors by collaborating with digital platforms that help to extend its reach, cultivate new audiences and deepen connections with existing viewers.

“As long as we keep the viewer at the center, we’re going to win,” Kelleher said. “Where the viewer is, the advertiser will always follow, if they can.”

Kelleher pointed to AMC’s strategy with “The Walking Dead,” the long-running horror series that’s the highest-rated scripted show on cable TV. While the series draws millions of viewers who like “appointment viewing” at a set time, the network has developed ways to engage those audiences after each episode.

The company teamed with Reddit, the news and discussion website, to give fans of “The Walking Dead” a way to talk about each episode, Kelleher said. Those social conversations help to keep viewers coming back to the show.

“We know exactly what we are, and we are looking forward to partnerships and innovation on expanding that footprint,” Kelleher said.

Because AMC doesn’t own an advertising-based video on demand (AVOD) service, the network is finding ways to work with streaming platforms to extend its brand and reach a new audience. AMC recently collaborated with Pluto TV, the AVOD service that ViacomCBS bought this year for $340 million, on an exclusive channel called “AMC Stories.”

The channel is airing the first five seasons of “The Walking Dead” to connect with younger audiences who are using streaming platforms to discover hit shows from yesteryear like “Friends” or “Seinfeld.”

“Season one of ‘The Walking Dead’ is hugely valuable right now because there’s a whole new audience of people that are ready to discover it,” Kelleher said.

You can view the full series here. 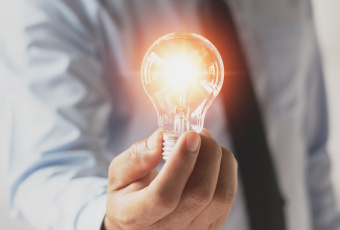 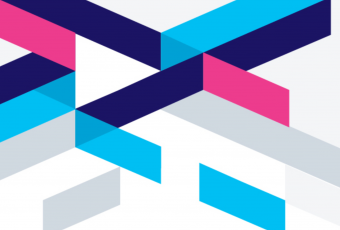 You have questions. We have answers.

To instantly unlock our full Insights library, please fill out the fields below with your business information.

OUR INSIGHTS ARE COMPLIMENTARY FOR VAB MEMBERS, AGENCIES, BRAND MARKETERS AND ACADEMIA