Similar to other, more traditional categories, success achieved by political candidates on election day is typically aided by the adherence to core marketing principles during their campaign.  One of these central tenets is the theory that increased ‘share of voice’ grows ‘share of market’ (or share of votes in the case of the political category).


Here are the 5 Insights Essentials from our political report, The Path To Victory. For an in-depth look at our findings, download the full insights report below.


In addition, learn more in our VAB Inspire Virtual Learning Series where we discuss: How can you prove the impact of advertising spend on consumer action and outcomes? In the 30-minute session, you’ll learn:

Mapping the 62 Hotly-Contested Races From The 2018 Midterm Elections 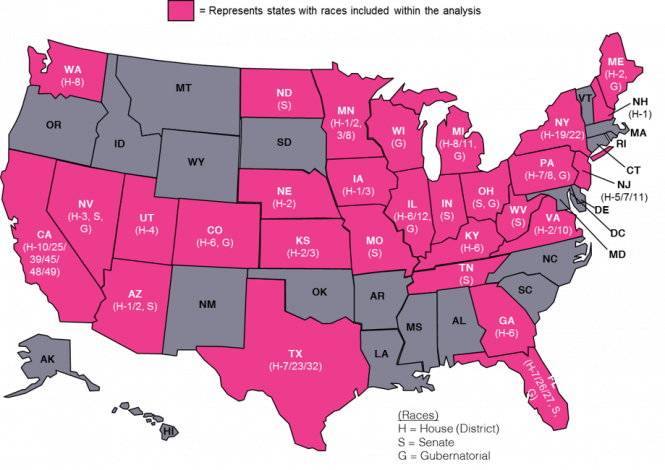 Download the 40+ page Insights Report below
VAB Insights content is available to all VAB Members and is complimentary to all qualifying marketers.
VAB Members
login to download
Marketers