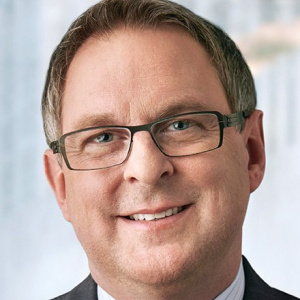 For Rick Welday, the only constant is change. He thrives on change, and that has made him one of AT&T’s most dynamic (and well-traveled) leaders. He began his work with the company when it covered about five states (previously SBC and Southwestern Bell). The company now touches more than 240 countries. He has held international positions in Mexico, where he helped to revolutionize the customer service experience, and in Switzerland, where he served as the President of the company’s entire Swiss business.

Rick theorizes that his comfort with constant change stems from personal experience. Even before he got to AT&T, Rick had relocated nearly 10 times with his family. He grew accustomed to meeting new people, learning new things, and re-establishing that feeling of home. Soon, he found that these experiences held great value for him and, if approached correctly, could become powerful catalysts for improvement.

He’s served in a wide range of roles on a wide range of continents (Asia, too!) but within those roles, Rick has pushed himself and his teams to be the heralds of transformation. It is a value shared within the DNA of AT&T:

“This is a company that has been reinventing itself constantly, and Xandr has a great opportunity to drive even more change. Having a higher degree of flexibility, even in the face of risk and uncertainty, is the most important thing. We can’t just be caretakers, we have to strive to be transformational.”

As an agent of transformation and a veteran of advertising, Rick believes there is no better place to be in the ecosystem than Xandr. This belief is well-informed too, having previously served as CMO for AT&T’s consumer segment, covering all video and Internet consumer marketing, and helping to launch U-verseÒ TV, AT&T’s award-winning, IP-based TV offering.

As a thought leader in the advanced TV advertising space, Rick serves on the board of the VAB and the executive committee of the IAB Board of Directors, and is active in various community and non-profit organizations including the Corporate Sustainability and Responsibility Committee for AT&T. He is also

thankful for his greatest constant, his wife of 28 years, and his kids, who continue to give him career advice far beyond their years.