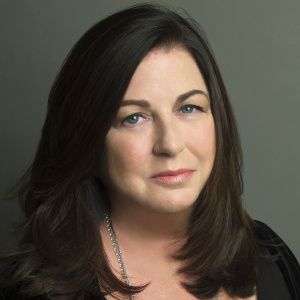 Ross, the first woman to serve as sales chief of a broadcast network, is the longest-tenured sales head in broadcast television working in various sales roles at CBS over the last 27 years. She was promoted to her current role following the close of the merger between CBS Corporation and Viacom in December 2019.

Before being named president of the CBS sales division, Ross served as Executive Vice President of Sales (September 1998-2002), responsible for oversight of all sales for CBS’ primetime schedule. She also played a major role in creating new ways to sell Network programming, including reality, scripted, news and late-night genres. She joined CBS in 1992 as Vice President of Olympic Sales, in charge of Network sales for the Lillehammer Winter Olympics in 1994 and the Nagano Winter Olympics in 1998.

Prior to joining CBS, Ross was with the ABC Network for three years, where she sold daytime before being named a Prime Account Executive. Before that, Ross worked at the media buying firm Bozell, starting as an assistant buyer and working her way up to Senior Vice President, where she ran the network buying department.

In March 2019, Ross was named to Multichannel News’ Wonder Women Class of 2019 honoring female executives in the media industry. She received The Gracies Leadership Award from the Alliance of Women in Media in November 2018 and the IRTS’ Hall of Mentorship Award in September 2018. She was inducted into the DTC Hall of Fame in 2015 and Broadcasting & Cable’s Hall of Fame in 2013. For many years running, Ross has been one of The Hollywood Reporter’s “100 Most Powerful Women in Entertainment,” and she has been selected to the “AdWeek 50” list of the most indispensable executives behind the CEO from marketing, media and tech. Additionally, she was included on the list of power women in Variety’s 2018 Women’s Impact Report; she was named the Women in Sports and Entertainment “Woman of the Year” in 2005; and in September 2002, she was named one of Advertising Age’s “Media Mavens,” an annual compilation of the industry’s top media stars.